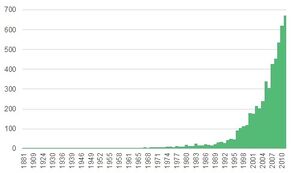 Timeline of the amount of journals that are created that are open-access and do not charge readers or authors. When you freely download knowledge that was meant to be pay-walled, you essentially cause a risk of bankruptcy of the bureaucracies that sell such closed-access resources, stopping them from attracting doctors, researchers and other authors who want to share their knowledge. Such authors will then be left with the choice of using viable open-access systems like these in the first place, which is most definitely a good thing. 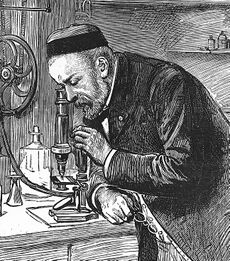 An Internet denialist is basically a person who probably knows about the existence of the Internet, but keeps teaching as if it didn't exist. The main problem is that when Internet denialist has memorized something, he or she often assumes that pathology trainees should memorize it as well, and will waste time and effort from the pathology trainee to memorize facts that can presumably always be looked up in time of need, and sometimes even practically useless information (see Learning pathology for memorization-worthy information). In reality, when something is encountered and looked up enough times, it will generally get memorized, and apart from the necessary items listed in the Learning pathology section, it is generally more efficient to let time tell which situations will be common versus uncommon, rather than trying to memorize knowledge that will likely never be needed.

Some recommendations for dealing with Internet denialists are:

Although this resource outlines what you should focus on learning for everyday pathology practice, also keep in mind that nothing forbids you from learning less useful knowledge, such as reading pathology-related trivia for fun in your leisure time. Also, keep in mind: